As the sun has returned to the north of Sweden, so has my will to live. Okay, that’s a bit dramatic. What I meant to say was that I love the spring and summer, and my creativity and energy always increase with the increasing hours of sun. That it gets warmer outside also helps.

I was a bit bored this morning (or actually I was procrastinating, but let’s not focus on that) and thought about this blog. I’ve actually been traveling a bit during the last few years, but haven’t updated here. I think I’ll change that.

My newfound love for traveling within Sweden with my car will cause this summer to not be too different from the last two years. I’ll explain to you in time.

Now I need to get back to work, but I’ll come back and explain my love for car camping/Vanlife and the Scandinavian countryside.

Long time no update. I’m not traveling very much these days, unfortunately. So I didn’t renew the domain, so I’m back on the wordpress-domain. But since I’m here right now I thought I would share some pics from the only trip outside of Sweden I’ve done since my last update. Edinburgh Scotland. Went there for a conference for work. Came a couple of days early, so had time to do some sightseeing. Loved the country! 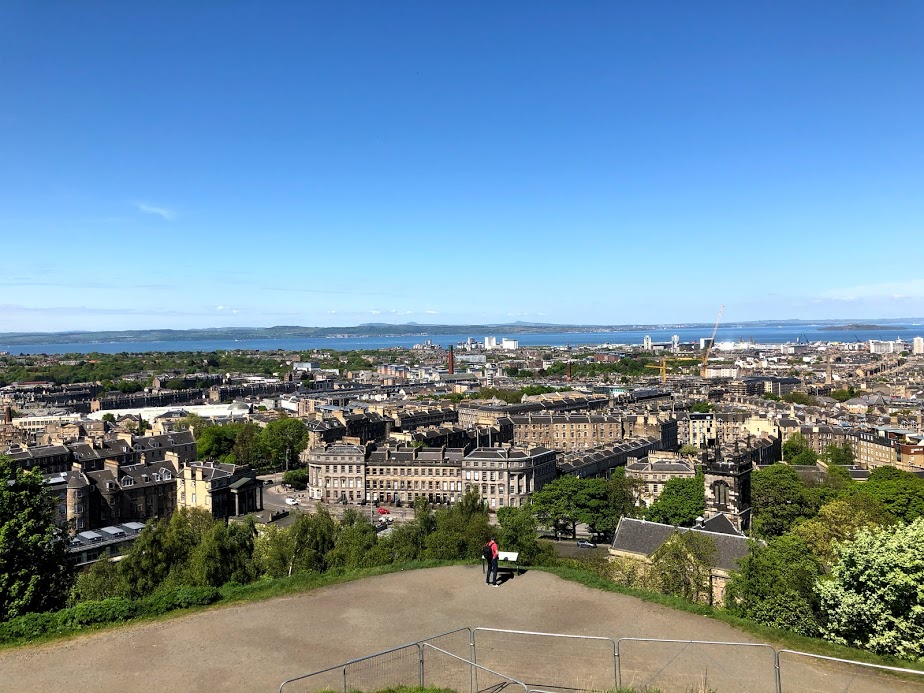 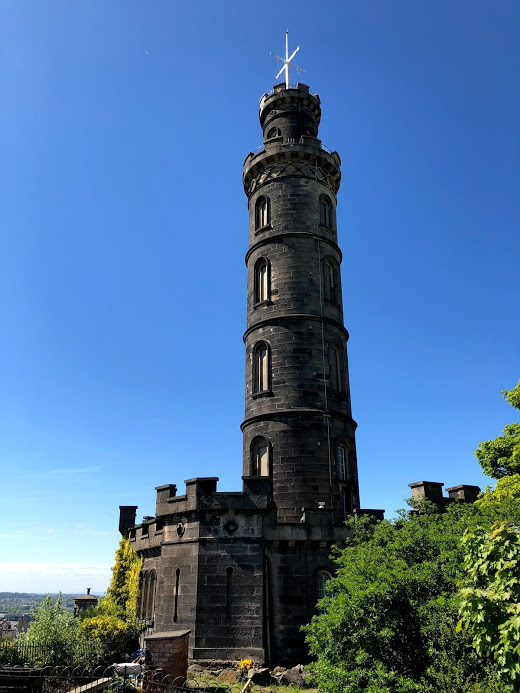 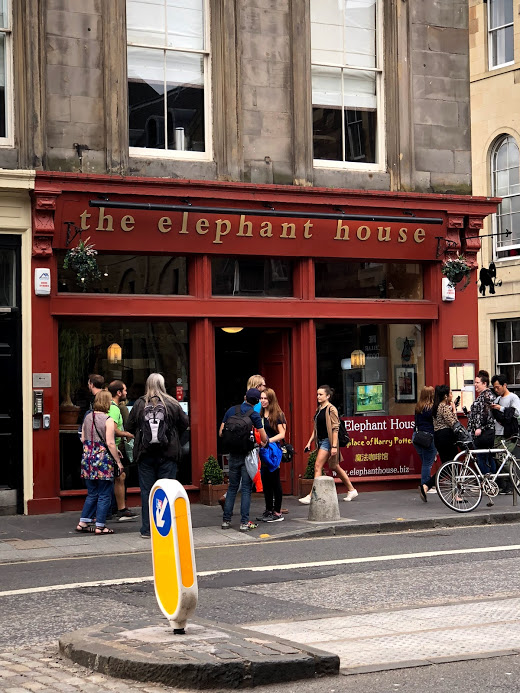 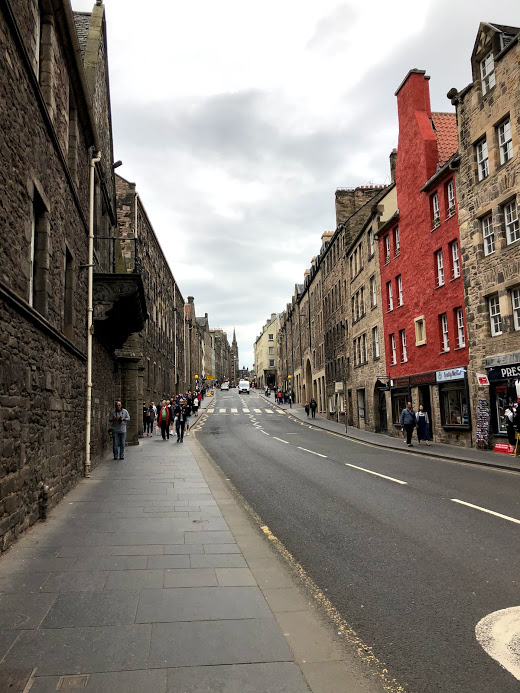 After a short vacation at my aunt’s place in the south of Sweden, my brother and I decided to take a road trip through Norway on the way home. We drove from Jönköping, through Oslo, to Hafjell – Geingranger – Trollstigen and then back into Sweden. Here are some pictures. 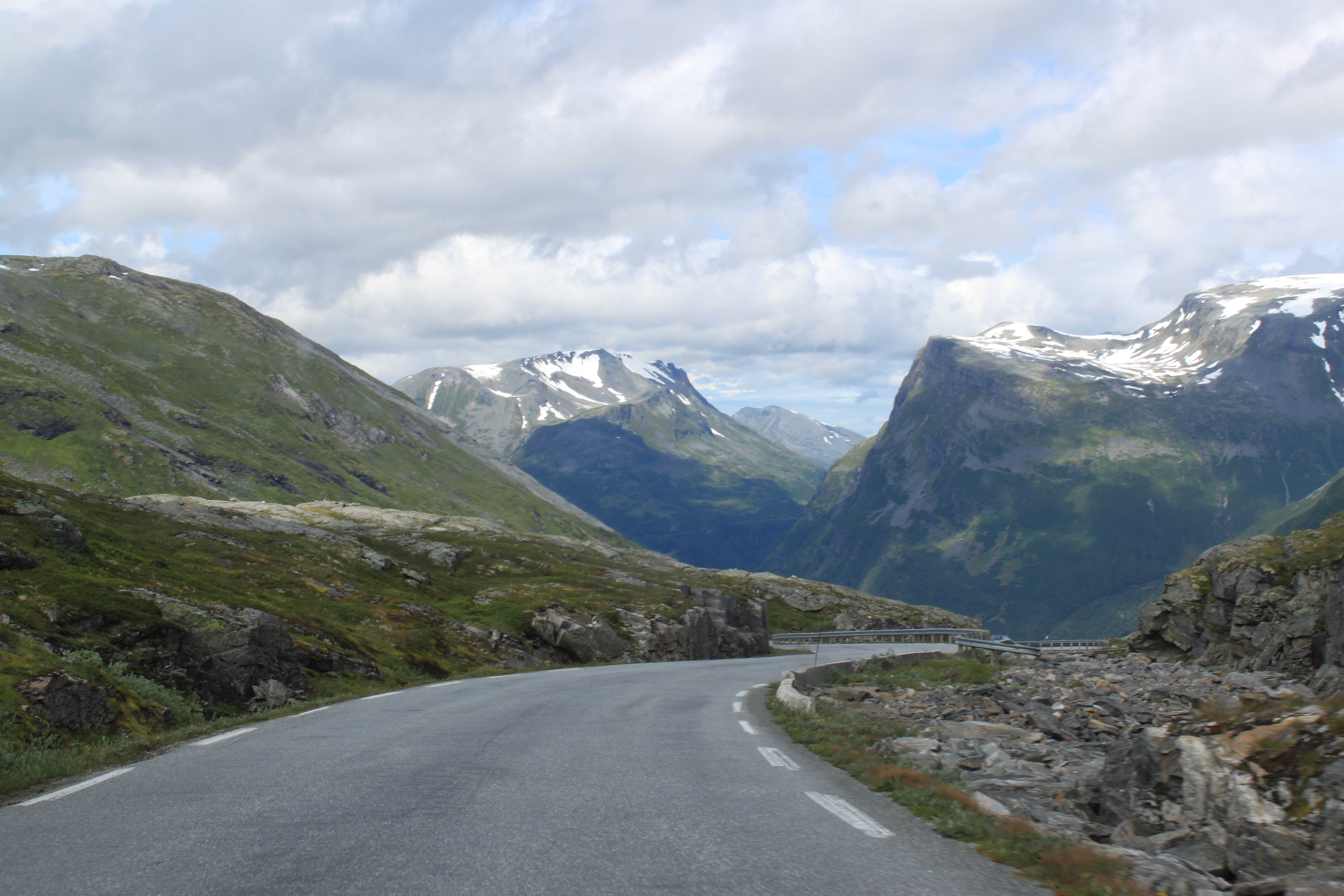 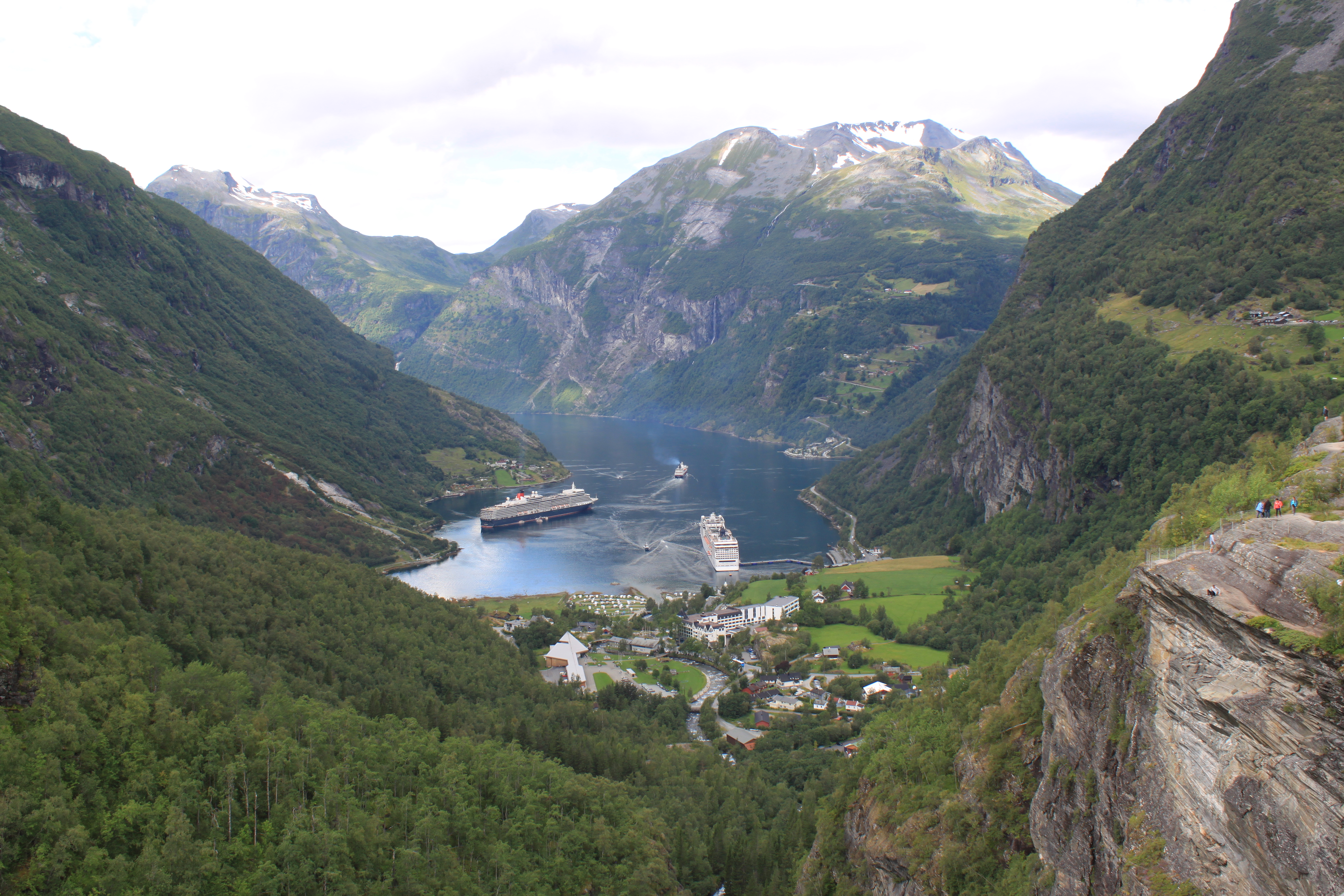 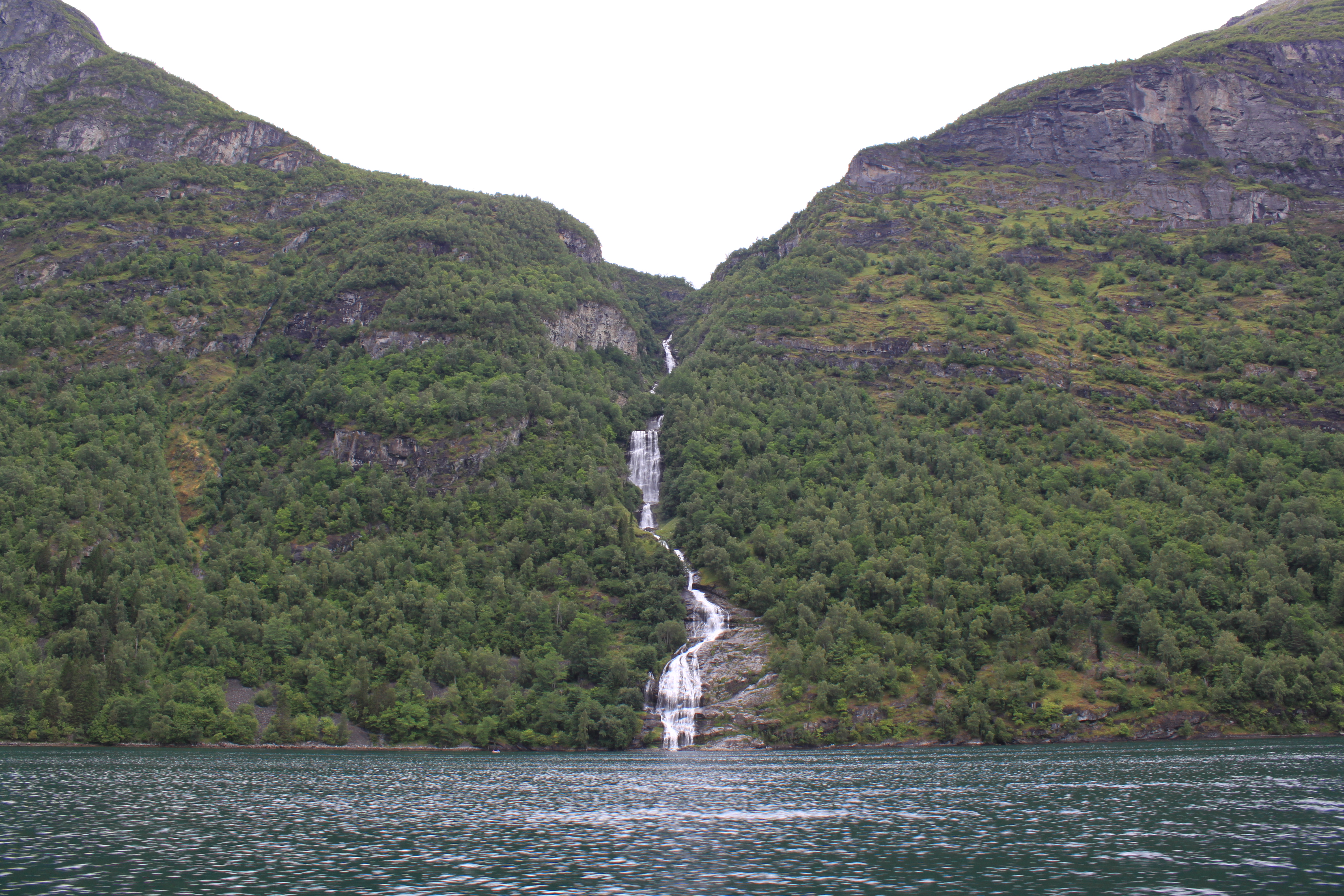 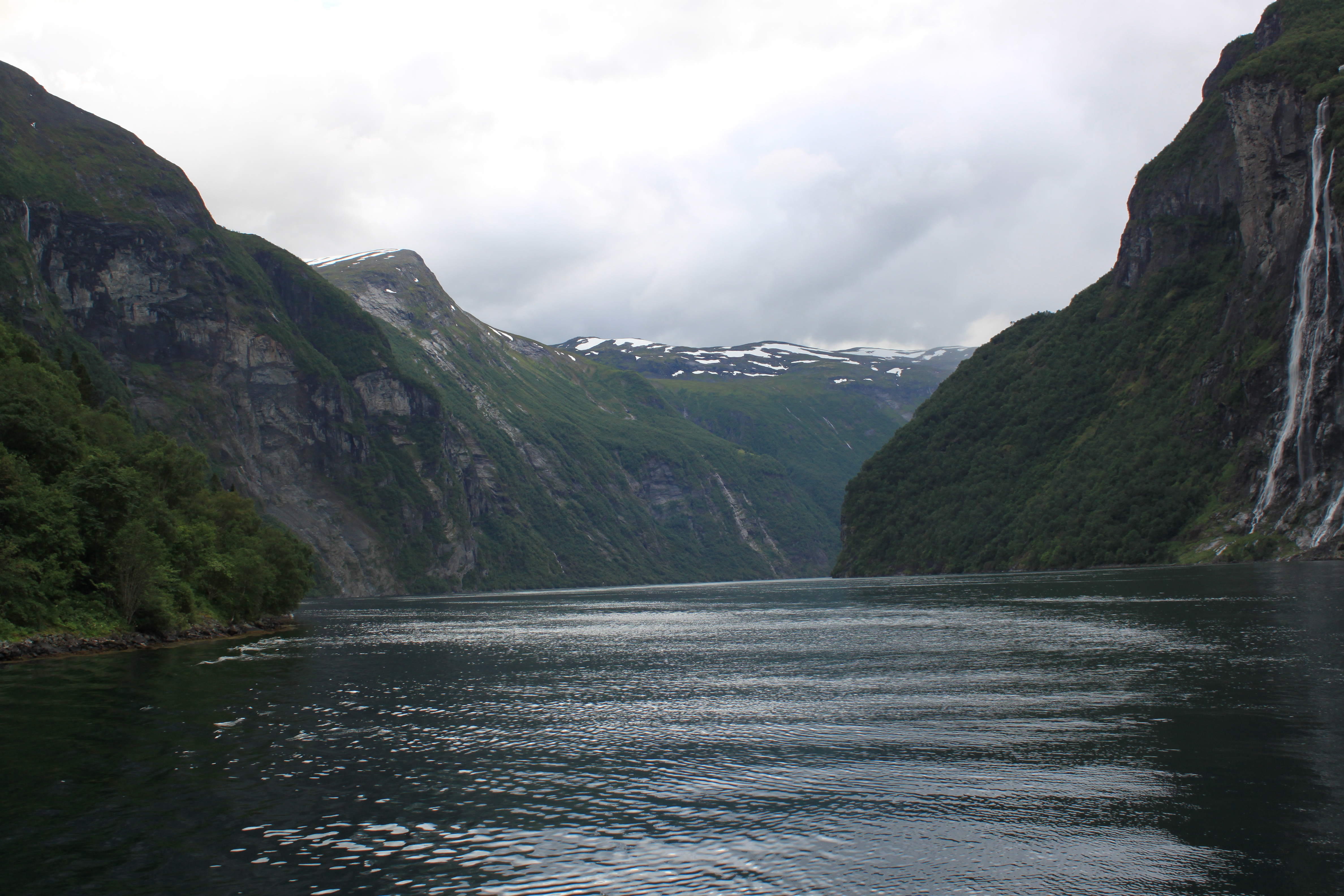 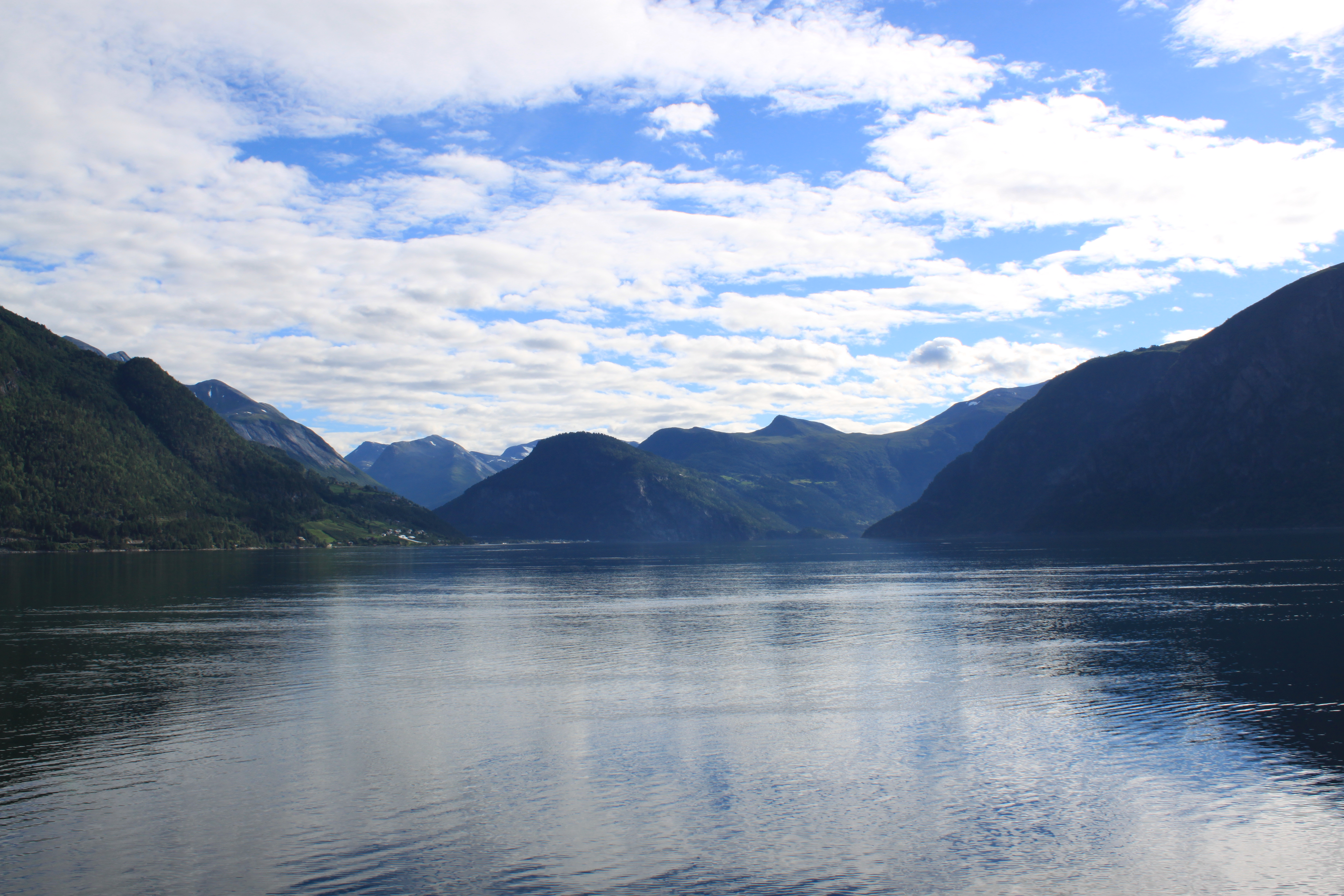 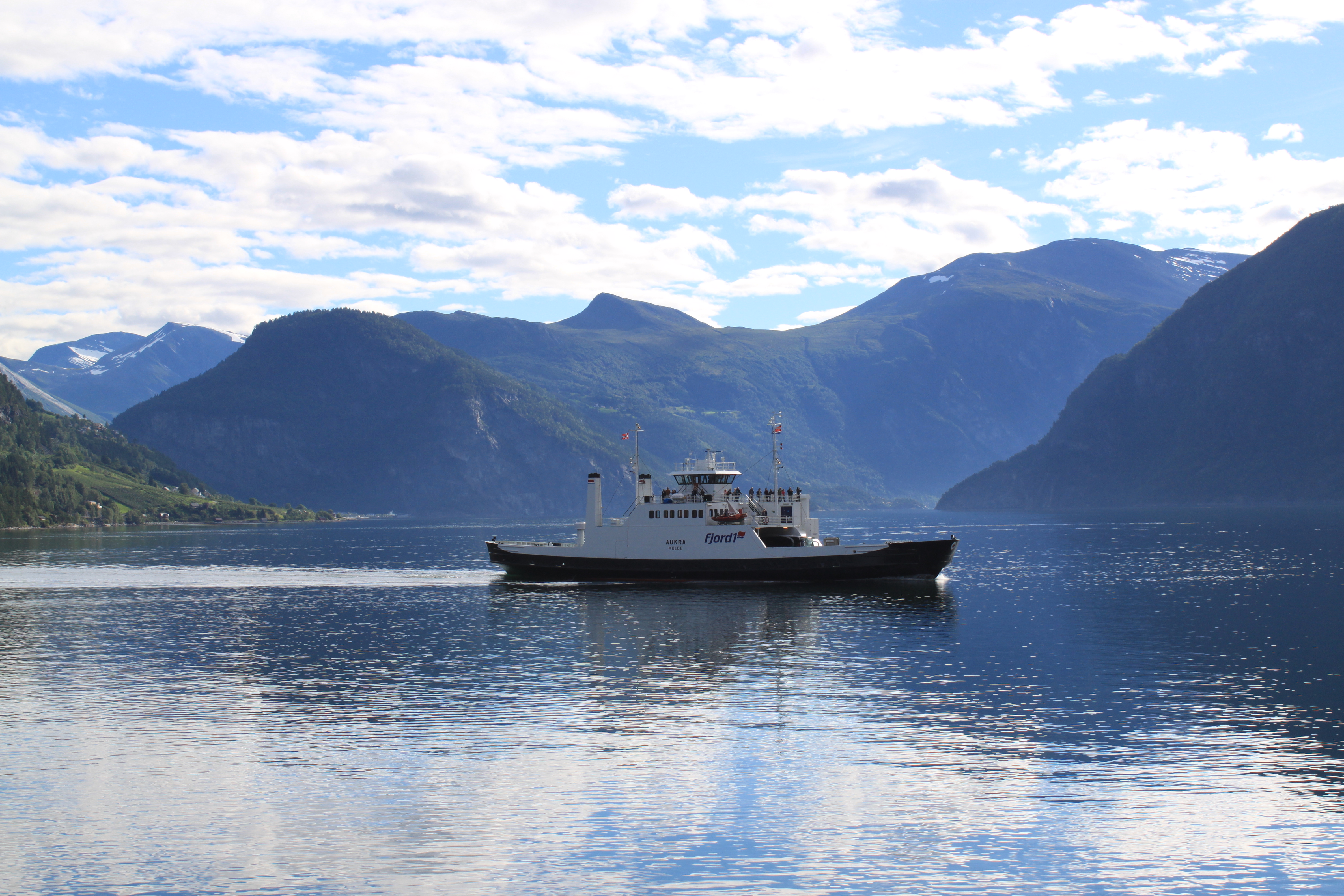 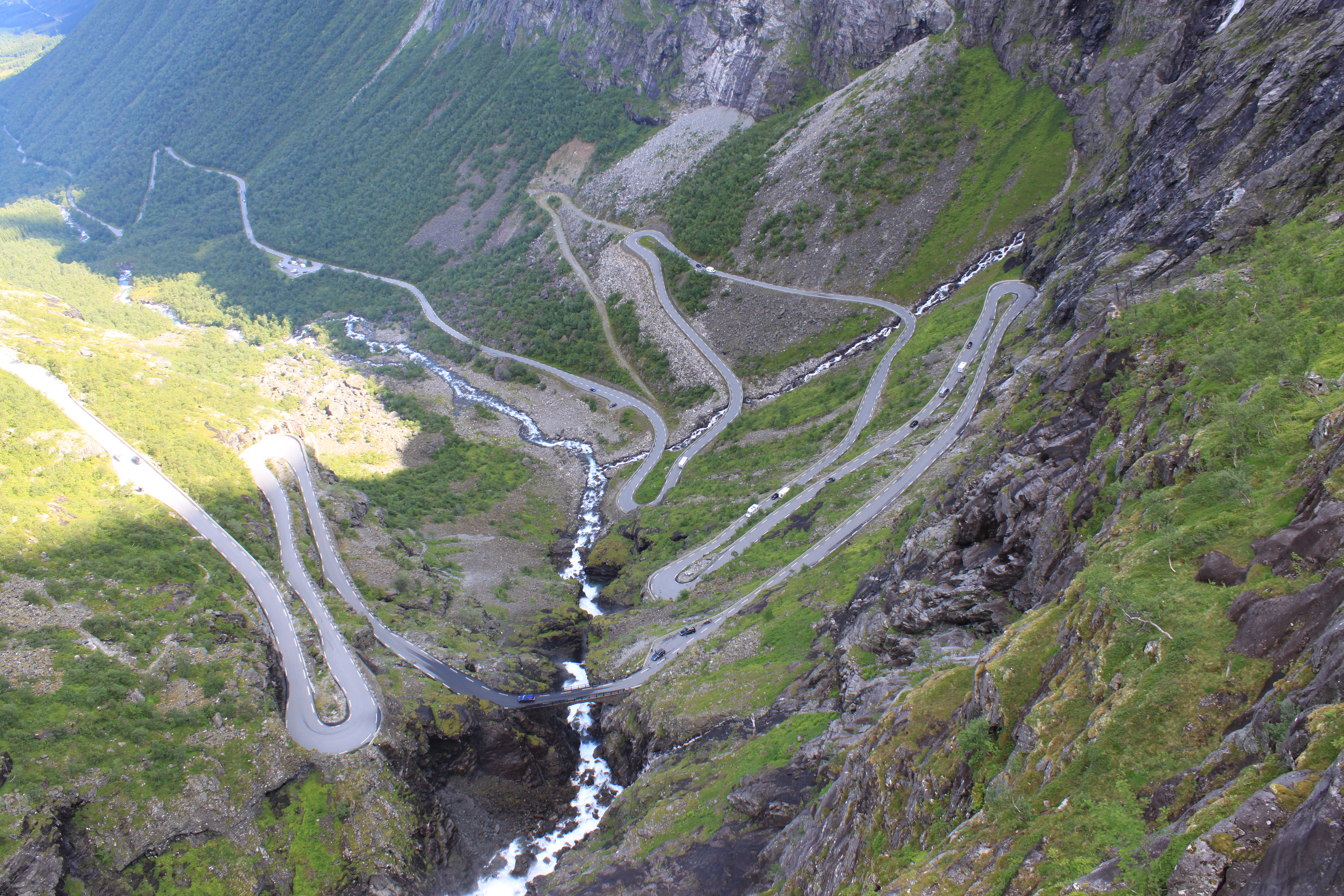 I haven’t really had the time to look through all videos from my last dives, but here’s a short one of one of the manta rays I saw.

So, it’s quite a while since I updated last. So long that I’ve almost forgotten the English language… Been busy at home. Or we’ll, I went diving in Hurghada with my sister in October, but since then I’ve been home. Until now.

Yesterday I arrived I Khao Lak, Thailand after what felt like a long trip. The flight was filled with families with young children and grandparents… I don’t think I’ve ever been on a more stressful or busy flight… but I survived both that and the transfer to the hotel (2,5 hours).

Now I’m going to relax on the beach and plan for some diving. 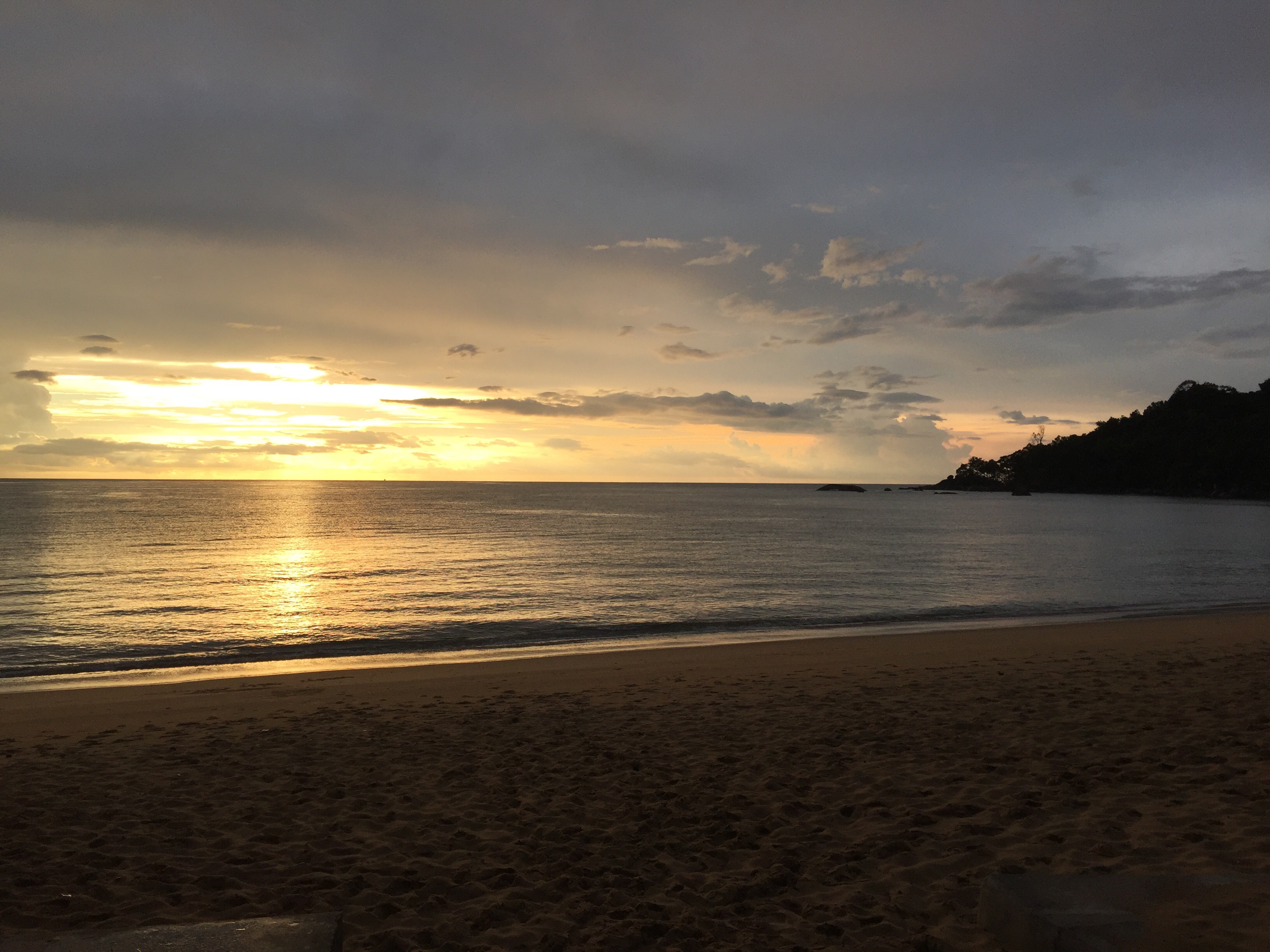 This summer I did something I seldom do. I spent my vacation in Sweden. Not at home, but I visited the largest island in Sweden: Gotland, with my family.

We drove down a Friday night and the got on the ferry in the morning. We arrived on Gotland around noon Saturday. 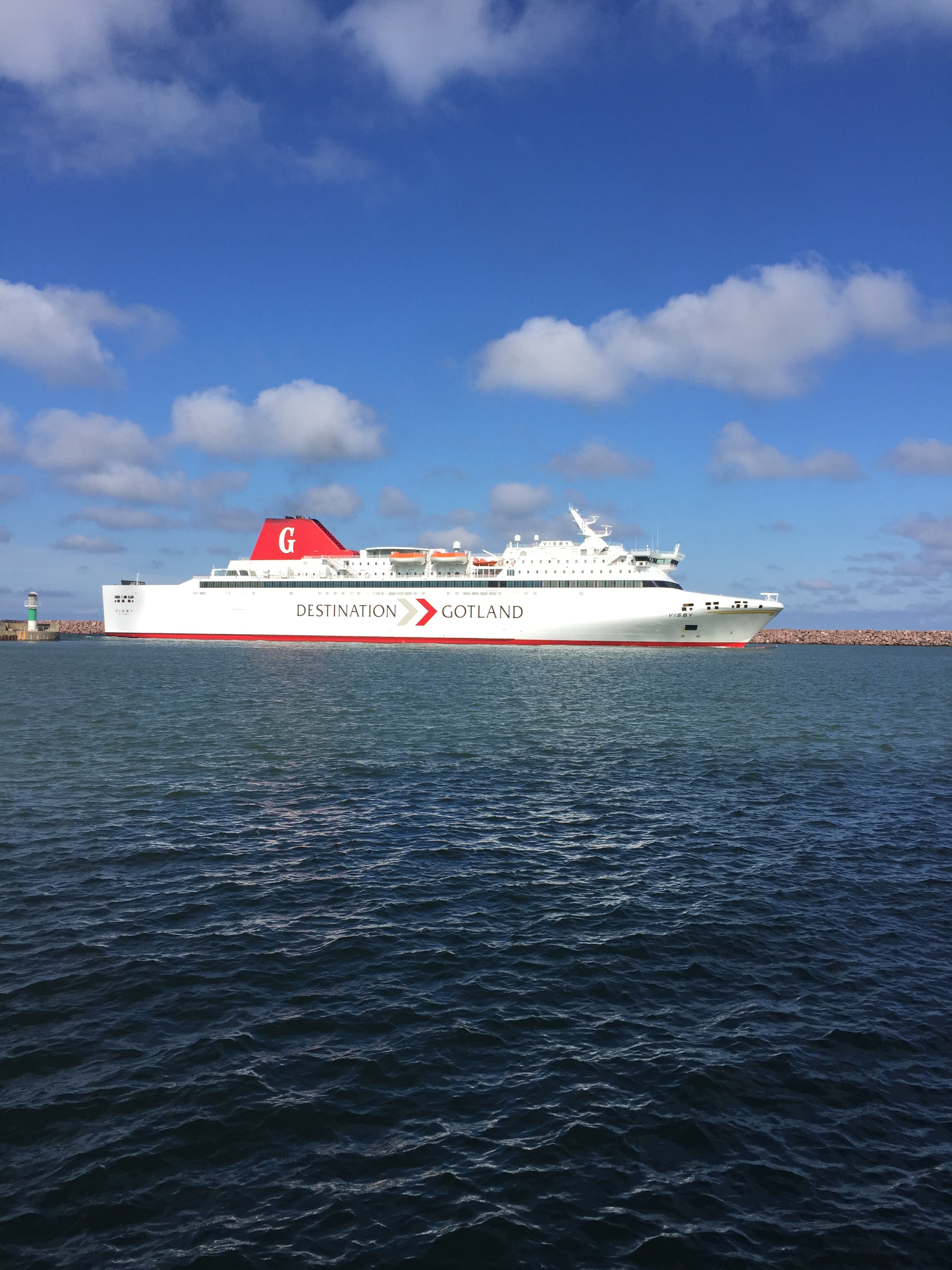 We had booked a cabin about 20 km south of Visby. We’ve been there before, so we knew it was a nice place. The cabin was small for four adults, but we didn’t spend much time there, so it wasn’t a problem. The pool was just 5 meters from the cabin, and the ocean about 100 meters or so, so it was a very nice spot. 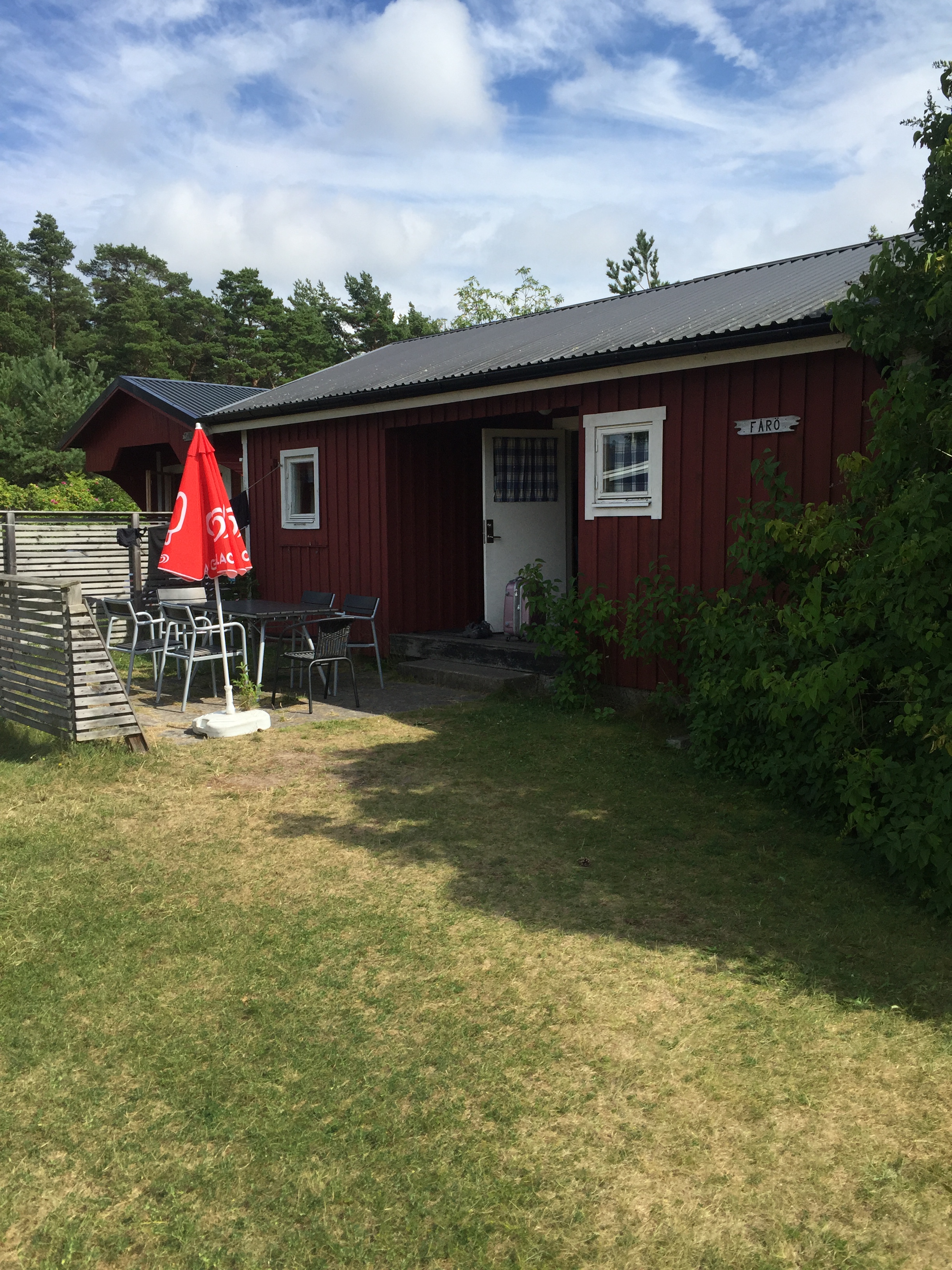 We spent some time just relaxing in the sun, but we also did some sightseeing. Gotland is really a beautiful island well worth a visit, or two. Here are some more pictures. 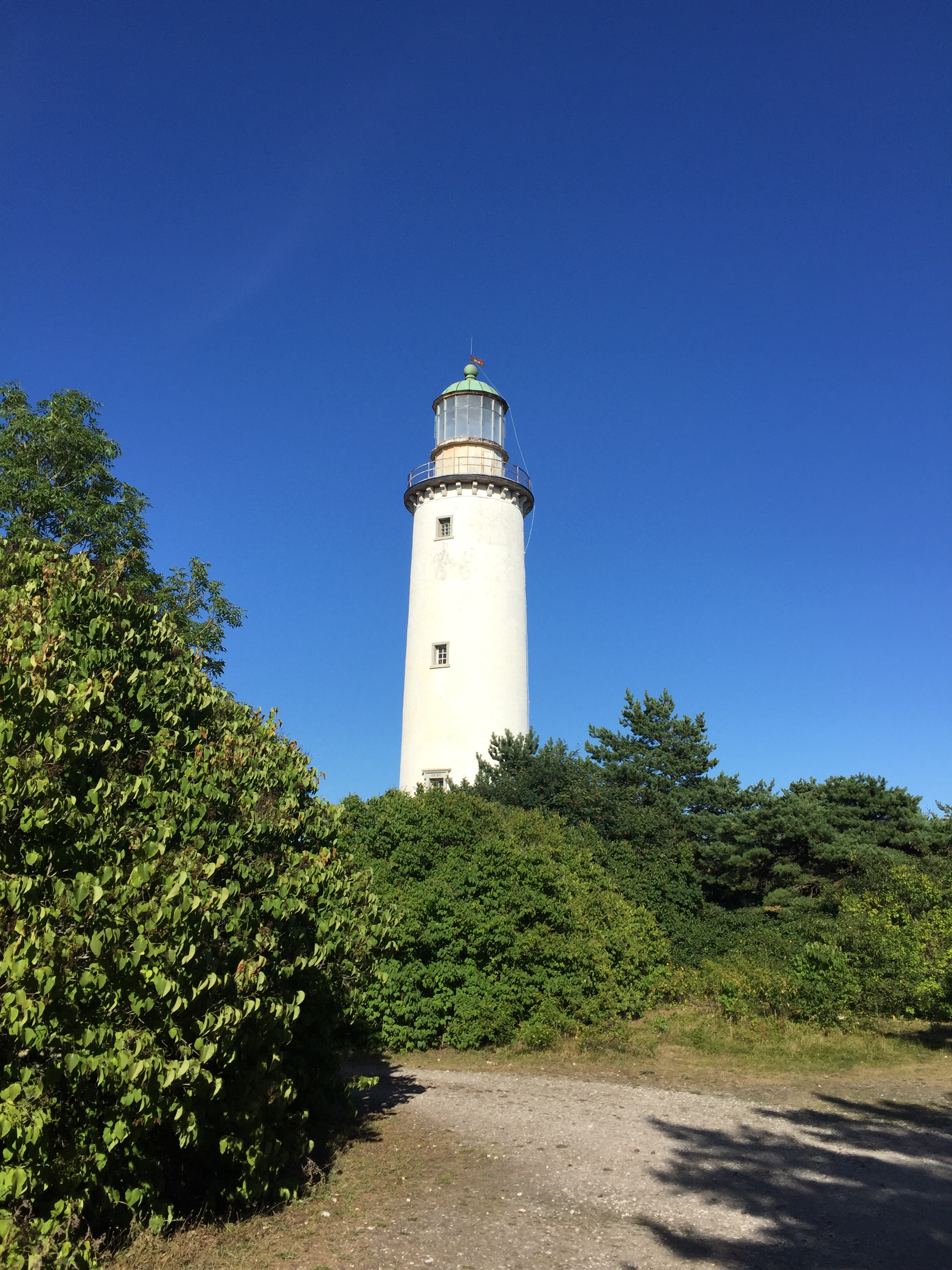 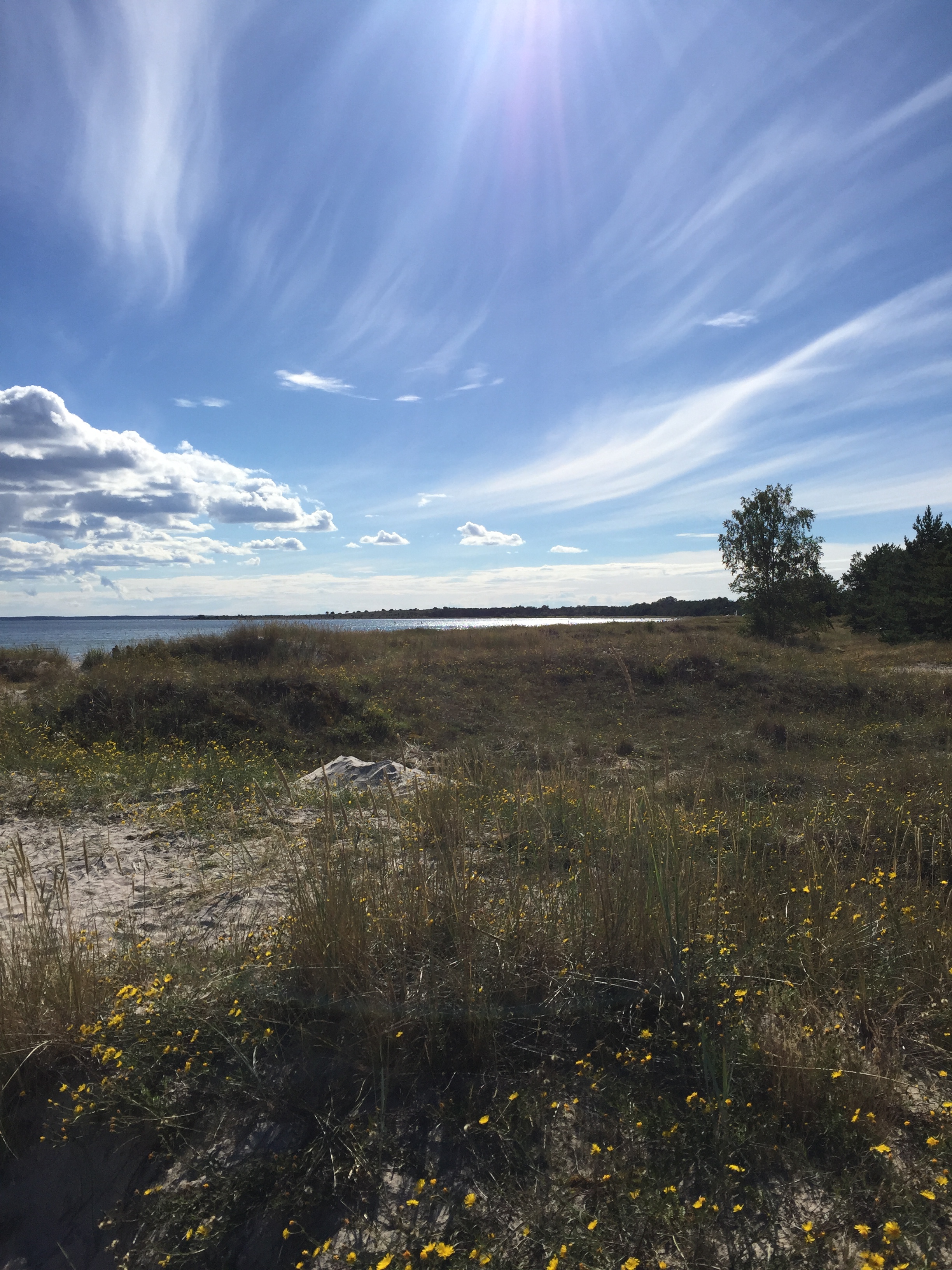 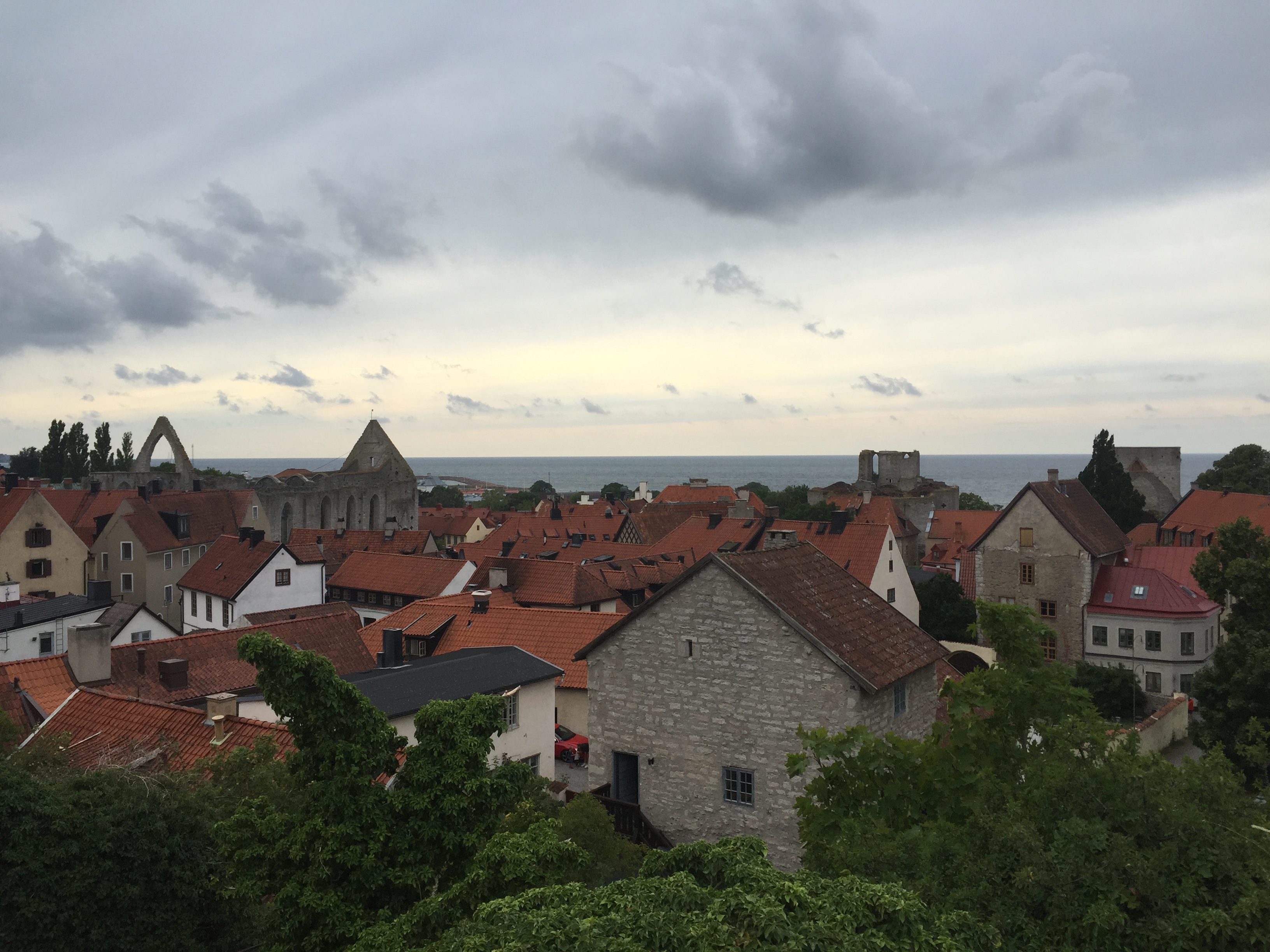 A couple of weeks ago I spent a weekend in Amsterdam, The Netherlands. Had a great time!

Since I didn’t have much time off of work, it was a short trip. I drove down to Arlanda (airport in Sweden), after work on a Thursday. The flight was two hours late, so I got to the hostel I was sleeping in at midnight. 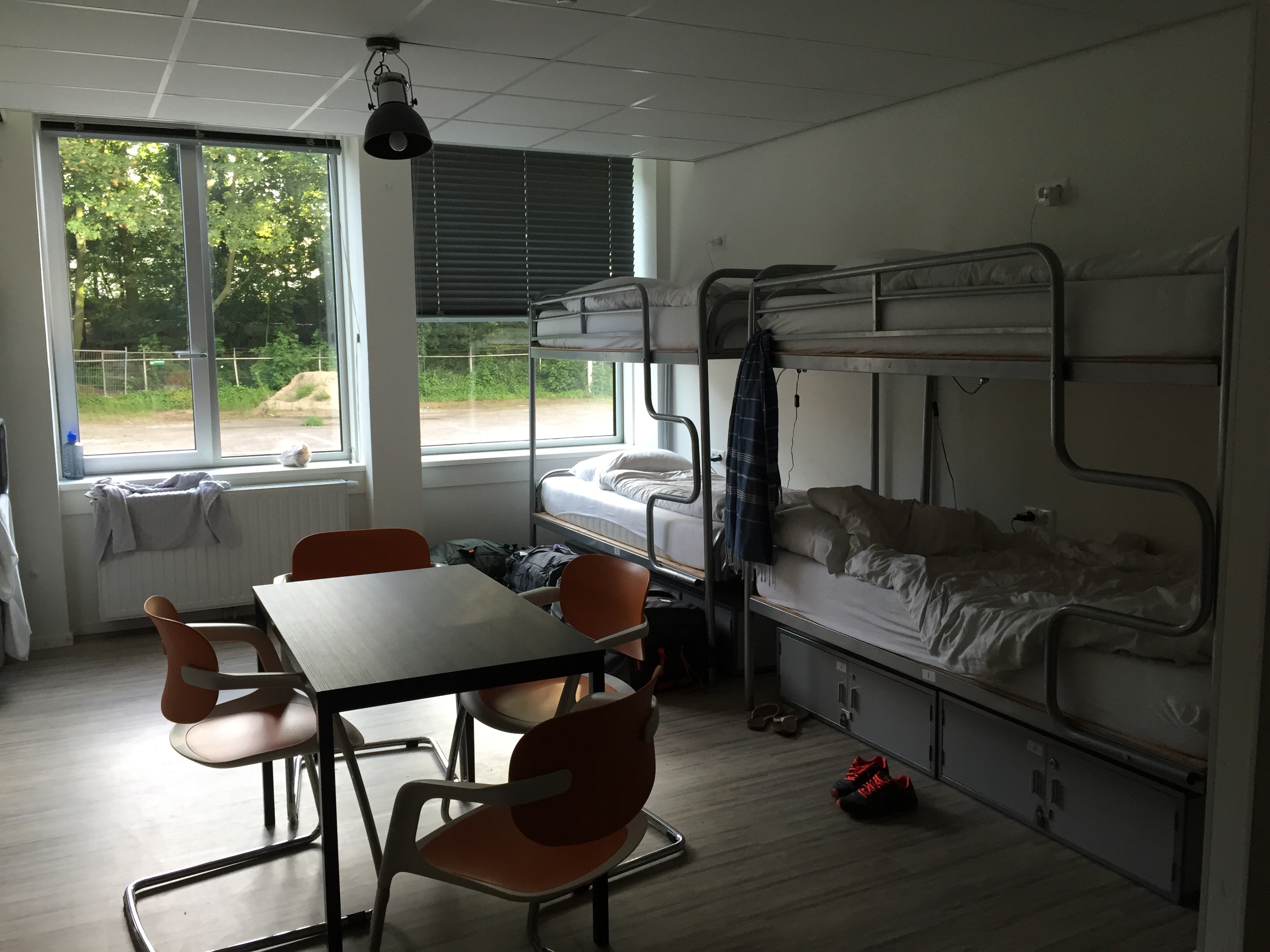 I slept at a hostel named Dutchies Hostel. Not the best location, about 5k from all museums and the city itself. But easily reachable by tram and bus. I also walked into the city one day, which is also an option. Or renting a bike, but that was more expensive than taking the tram (and looked dangerous, so many people out on bikes! I thought I would be run over!). But otherwise it was a really nice hostel. Clean, felt like a safe neighborhood, a nice (if a bit small) kitchen. I would stay there again if I go back there.

During my trip I went to the Rijksmuseum, the Anne Frank House, the public library, sat the I Amstersam sign, went on a canal cruise. I also had a bit of downtown at different restaurants and ate great , did some writing, had coffee and strawberries in the sun. 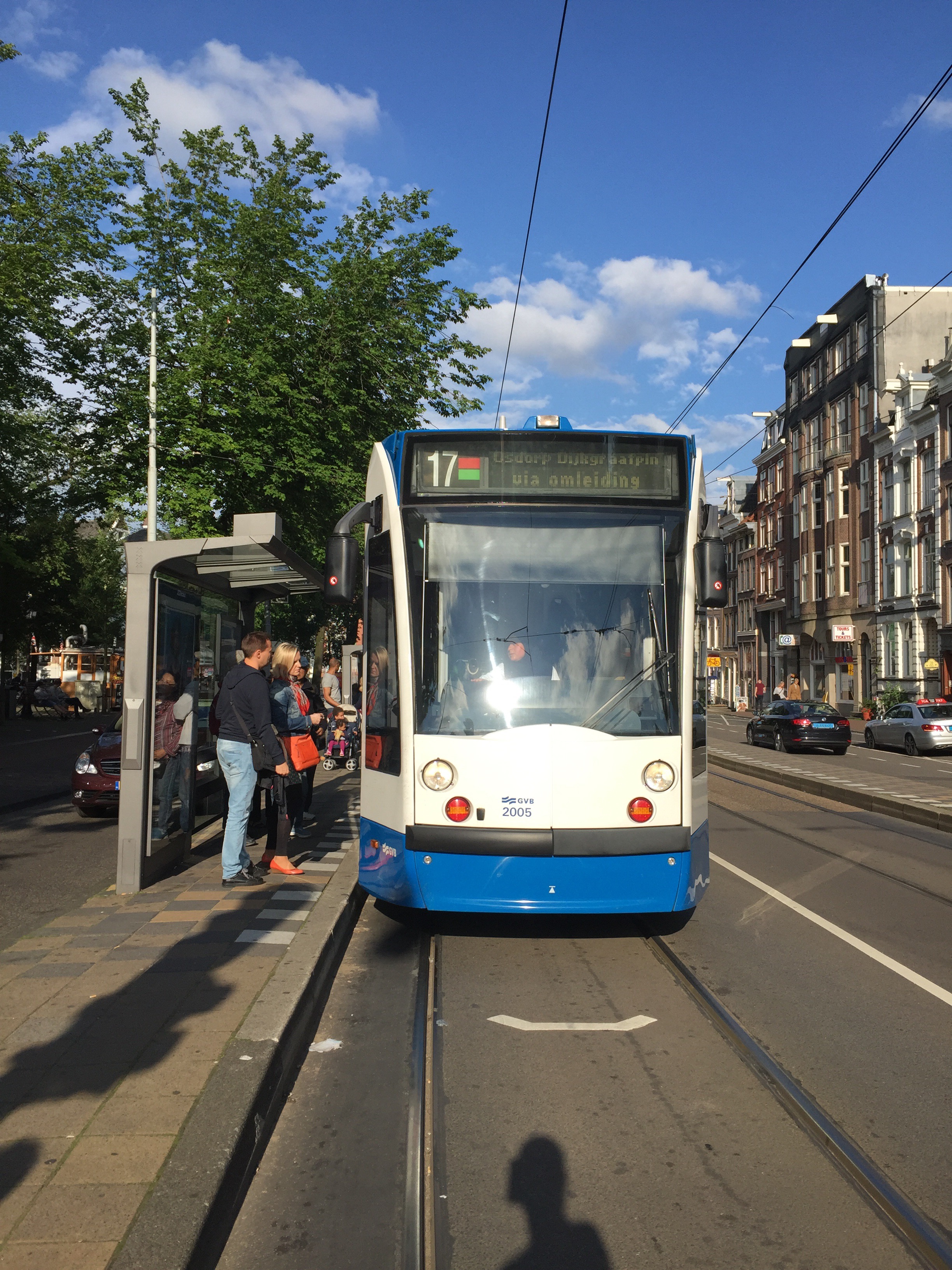 Have to say that the public transportation system was quite confusing and difficult to understand. But I managed to not get lost and I got everywhere I wanted. I bought a 48 hour card (walked the first evening and morning). If you ever go to Amsterdam: remember to both check in and out of the bus/tram, otherwise the card gets invalid. Don’t ask me why, but it’s important. I was terrified I would forget, but managed to get it right every time. 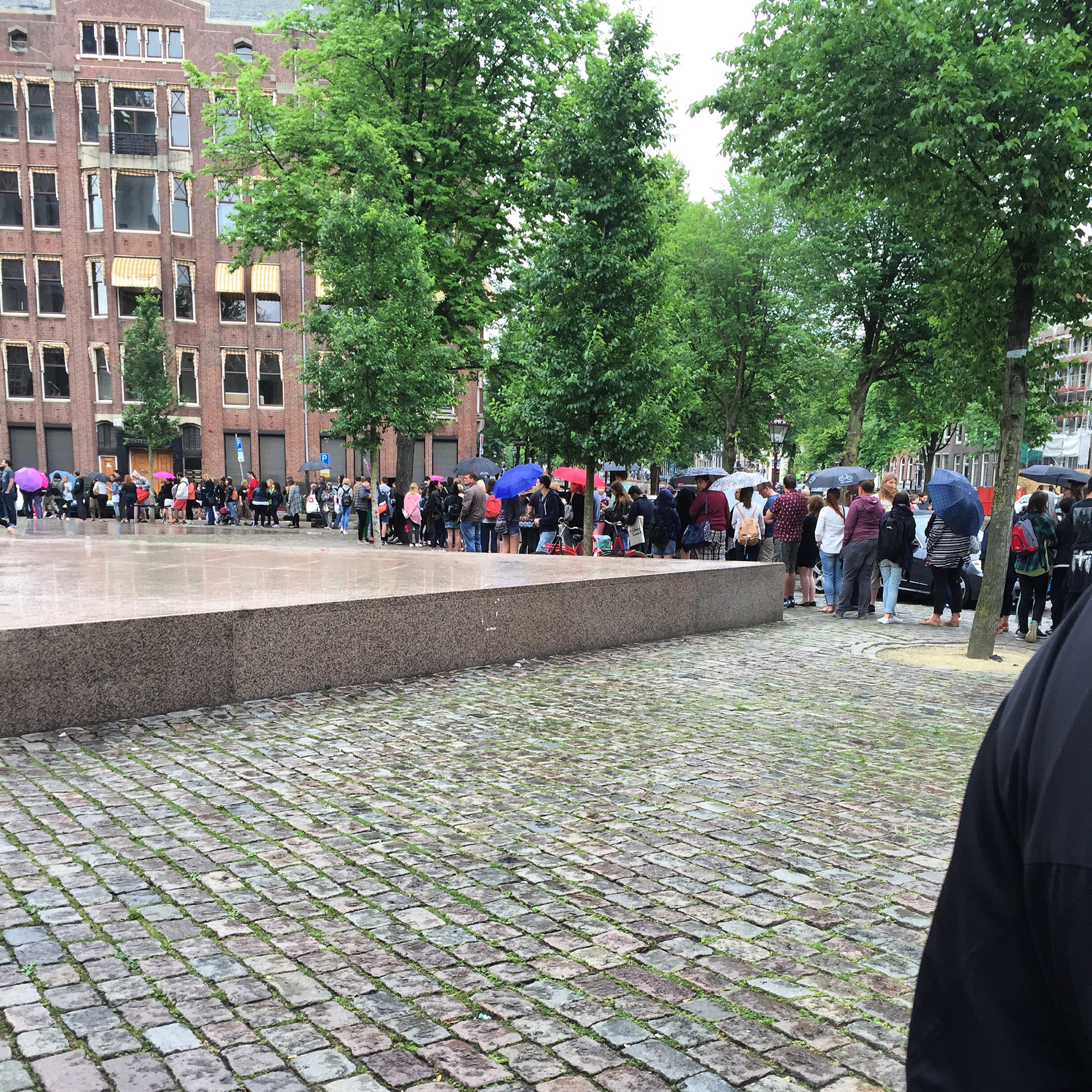 My favorite museum I went to in Amsterdam was the Anne Frank House. Just don’t do what I did: just show up there after 3.30 pm and plan on getting a ticket at the door. Book ahead. I had to wait in line for 2,5-3 hours. In the end it was worth it though. A must visit when you’re in Amsterdam!

Unfortunately I only had two and a half day in Amsterdam, I would have loved staying there longer. I liked the city. I thought it kind of reminded me of a mix between London and Venice. I’ll definitively go back when I get the chance.

Back home again after a great vacation in Karon, Thailand. We mostly spent time by the pool, in the shades doing some reading and relaxing. But I also went out diving for four days. Here’s some pictures. 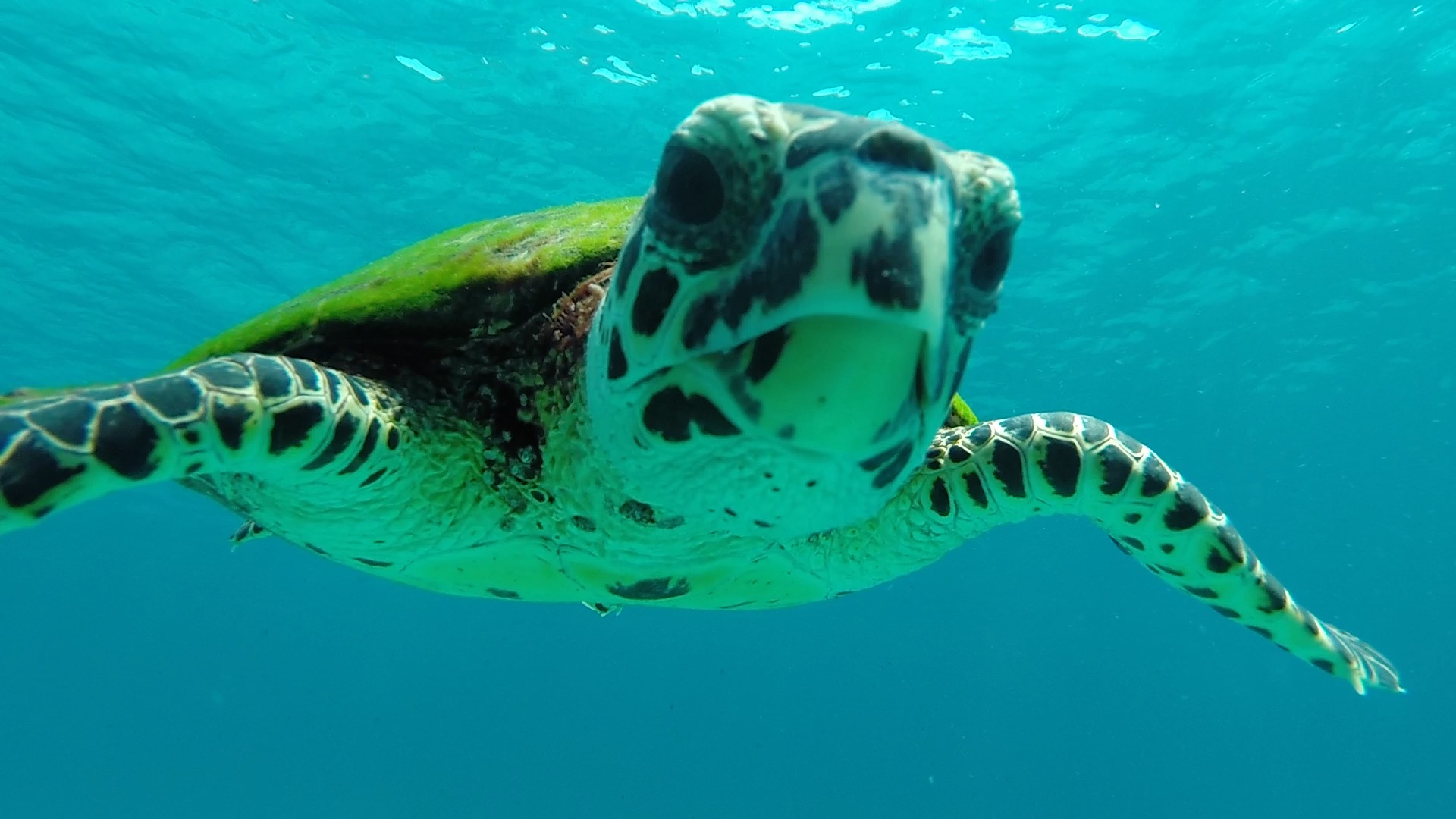 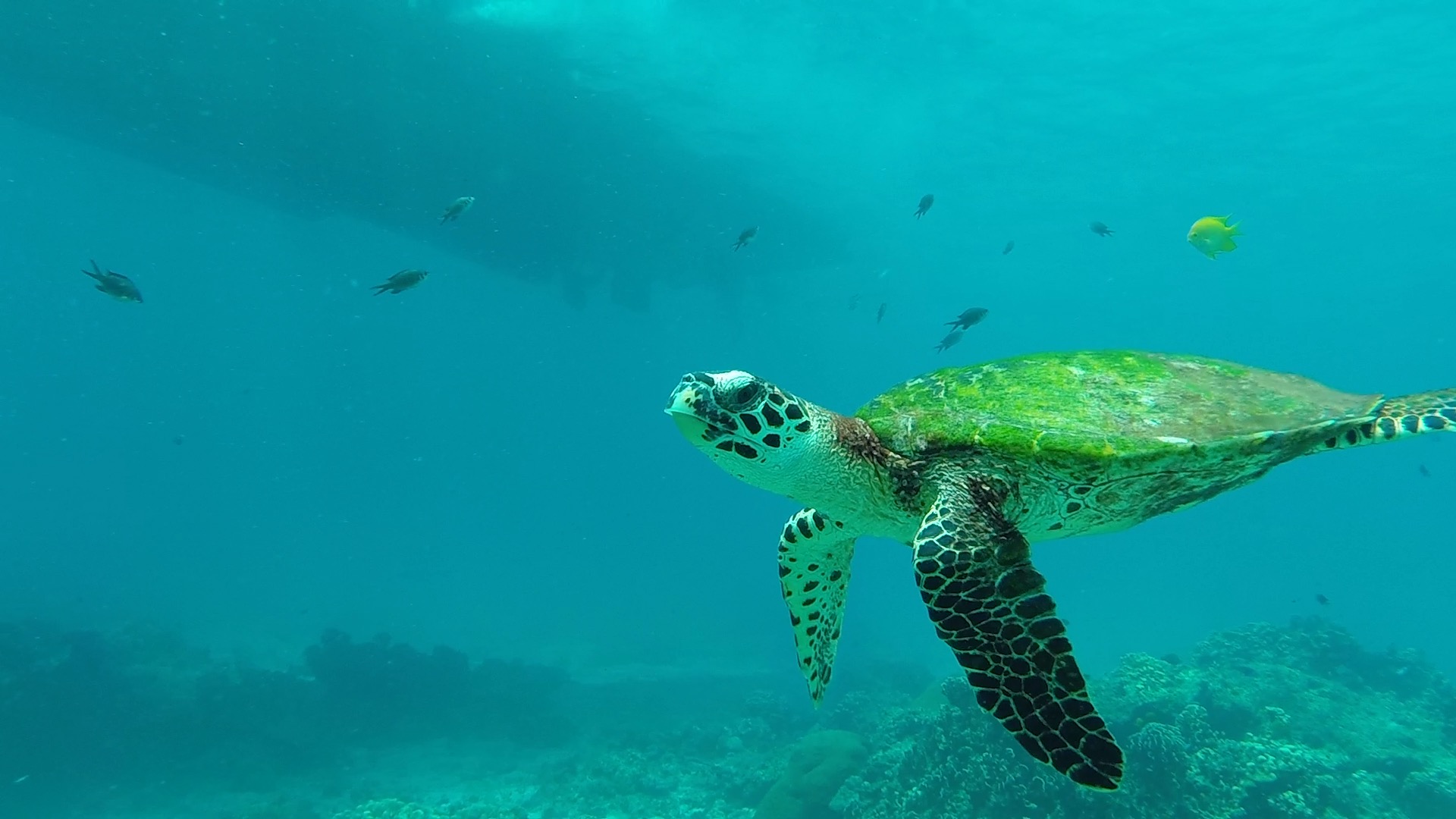 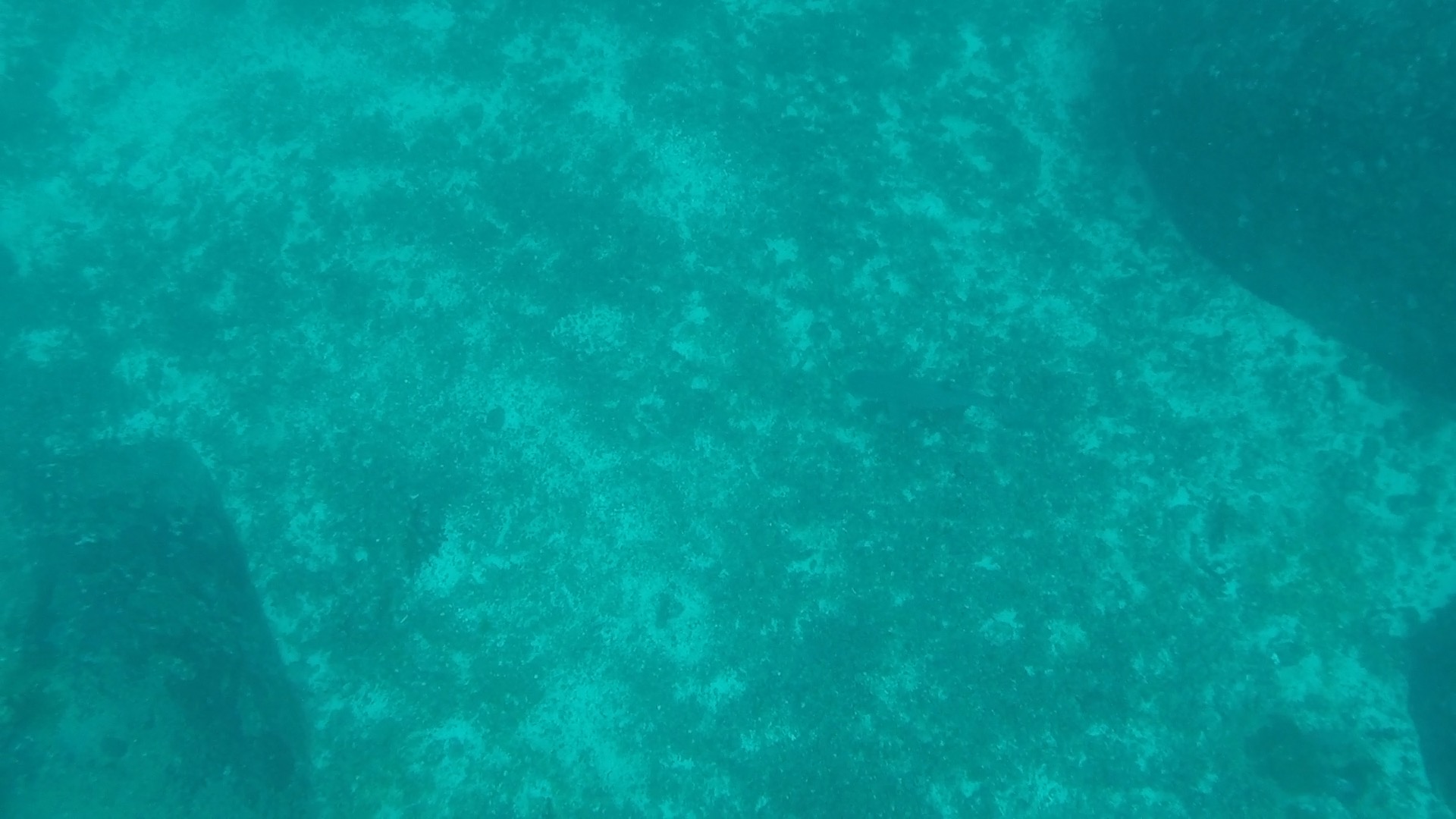 It’s barely visible in the last picture, but on the righthand side in the middle of the picture is a shark. We were on approximately 20 m, but didn’t have enough no decompression time to go down to get a real good look on it. We saw it much clearer in reality than it’s visible in the picture though. Saw three sharks during the liveaboad. Two whitetip sharks (on the picture) and one guitar shark. Pretty cool 🙂

So, I’m finally out traveling again. This time I’m back in Thailand. My sister, brother and I are in Karon Beach in Phuket. We arrived a few days ago and have checked out the hotel pool and beach by now. It’s really hot here, so nice!

On Thursday and Friday we’re doing our first diving and on Monday we’re going to the Similan Island for a liveaboard trip. Gonna be so much fun.

Don’t have many pictures yet, so here’s one of the first walking path I’ve seen in Thailand and one of the pool. 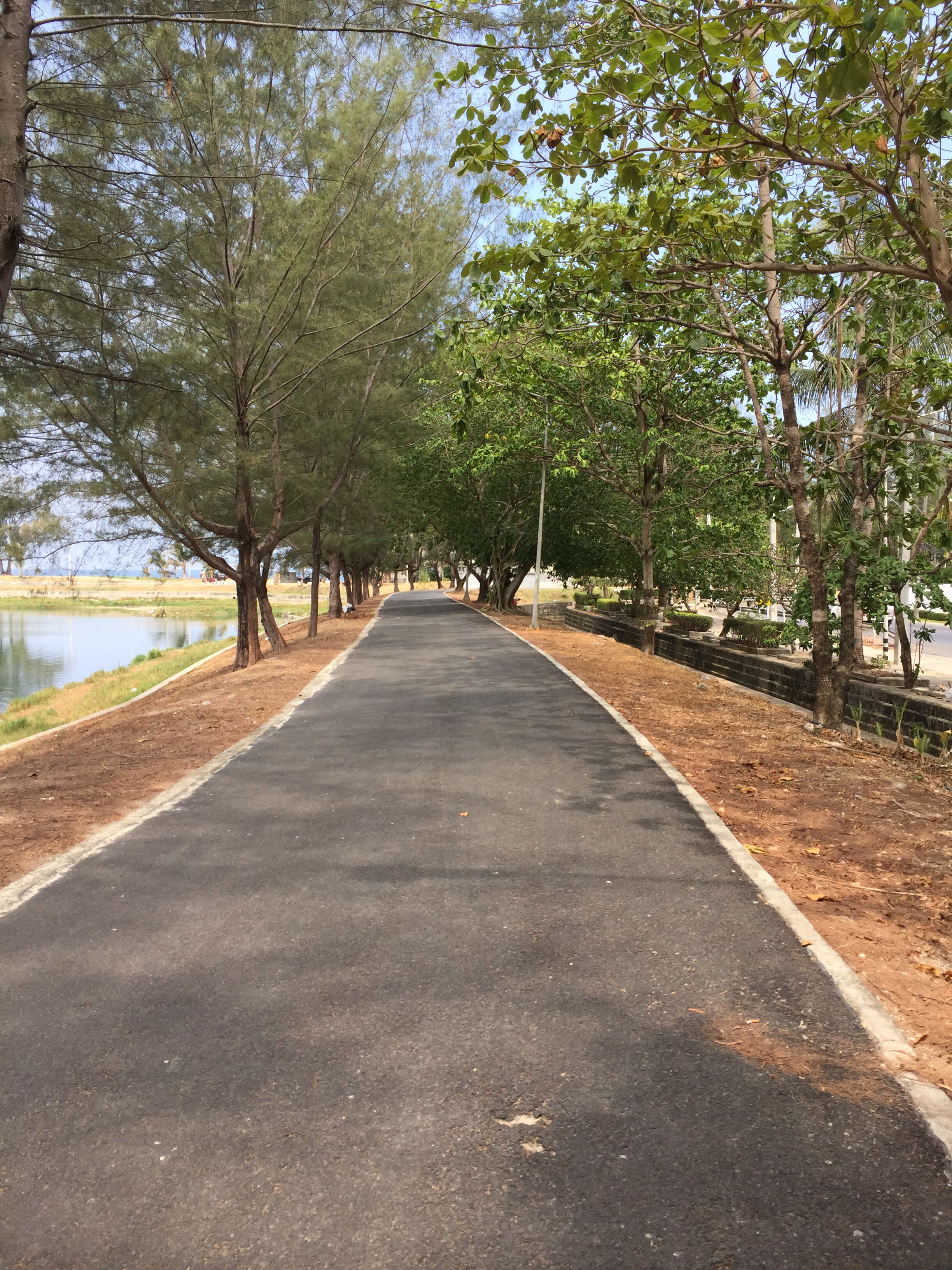 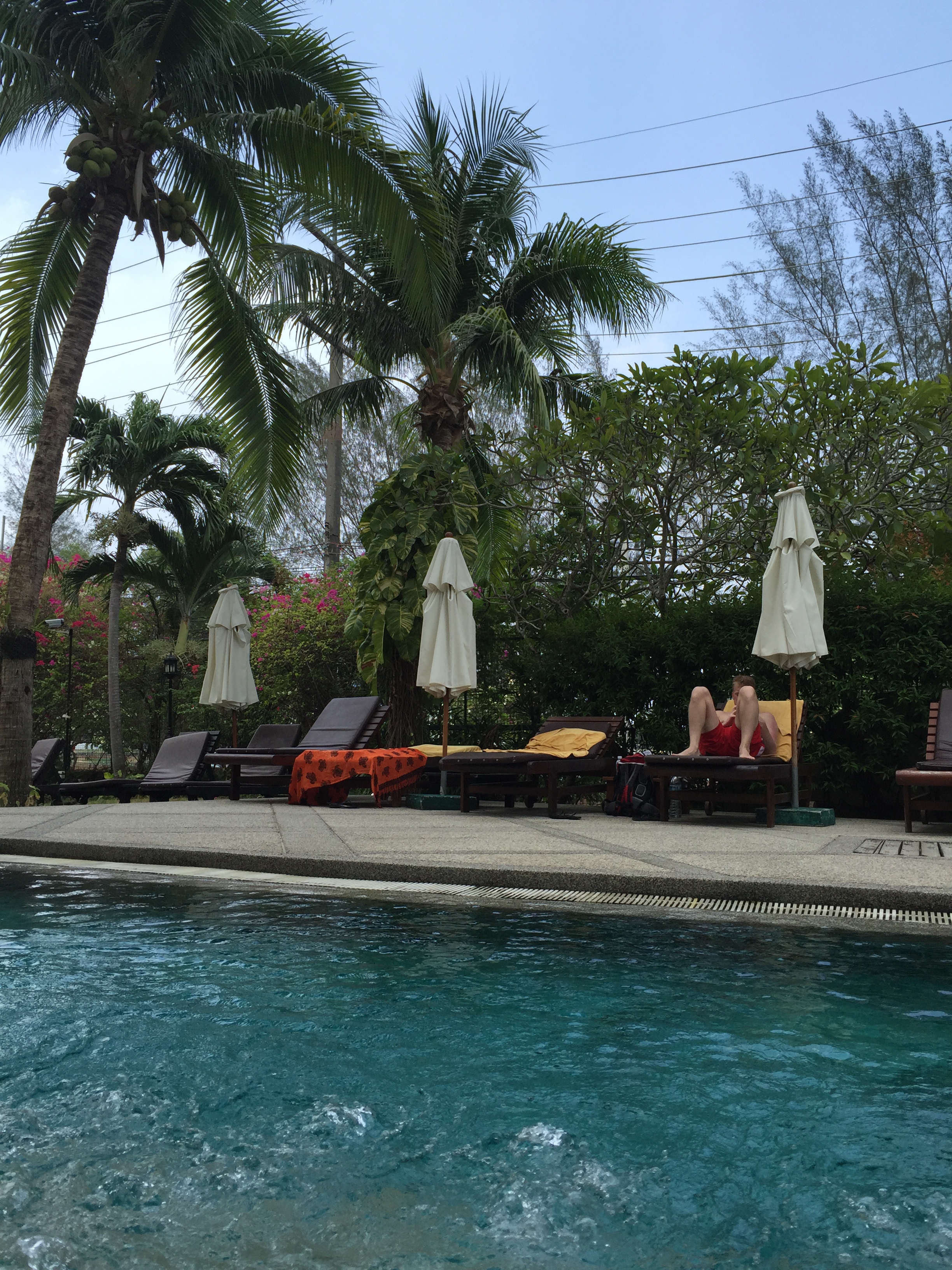 I’m back home in Sweden, where it’s -20° C… Not happy about that. But here’s some more pics from my trip to Dominican Republic. I’m already planning my next trip, but more about that some other time. 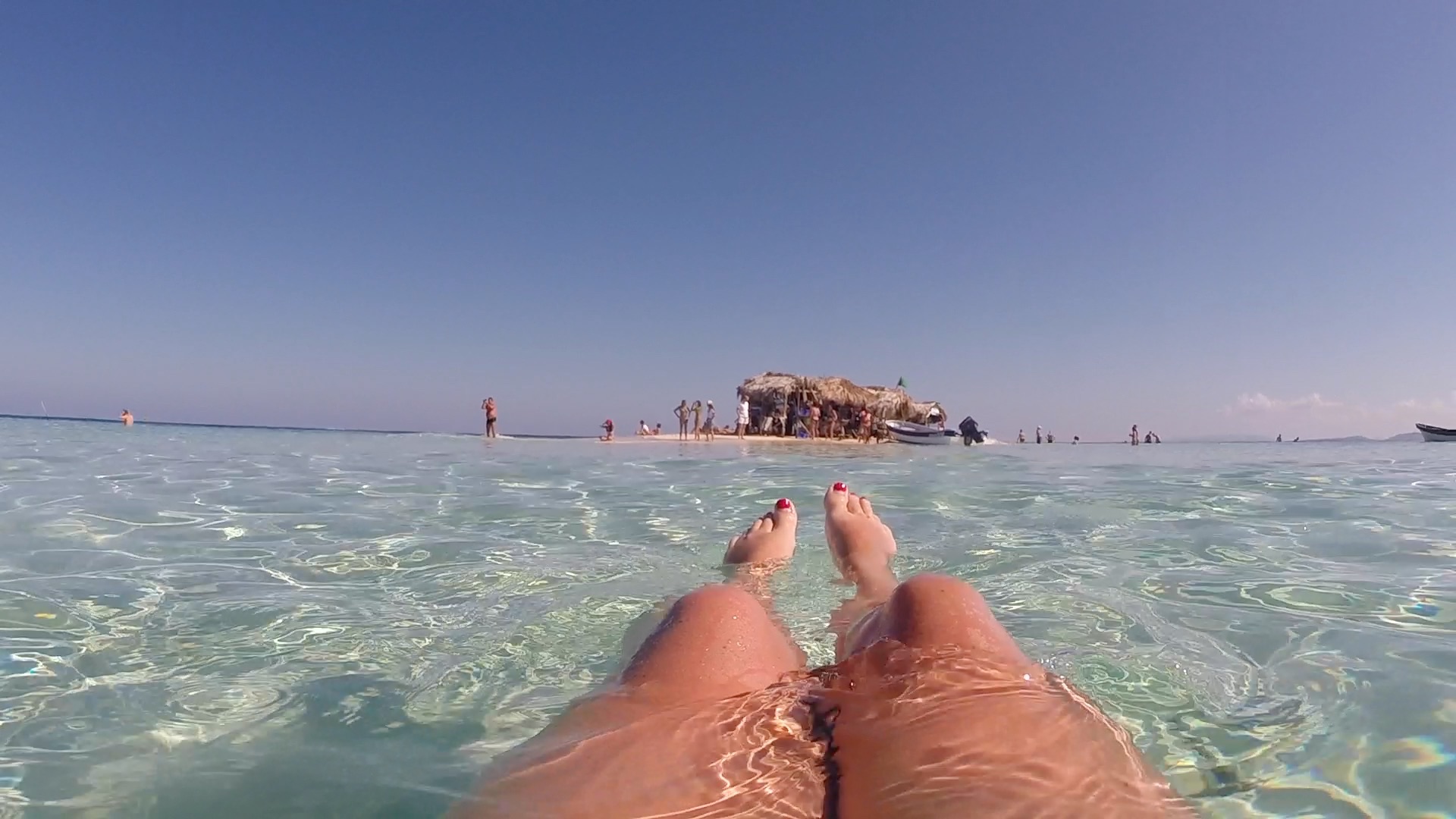 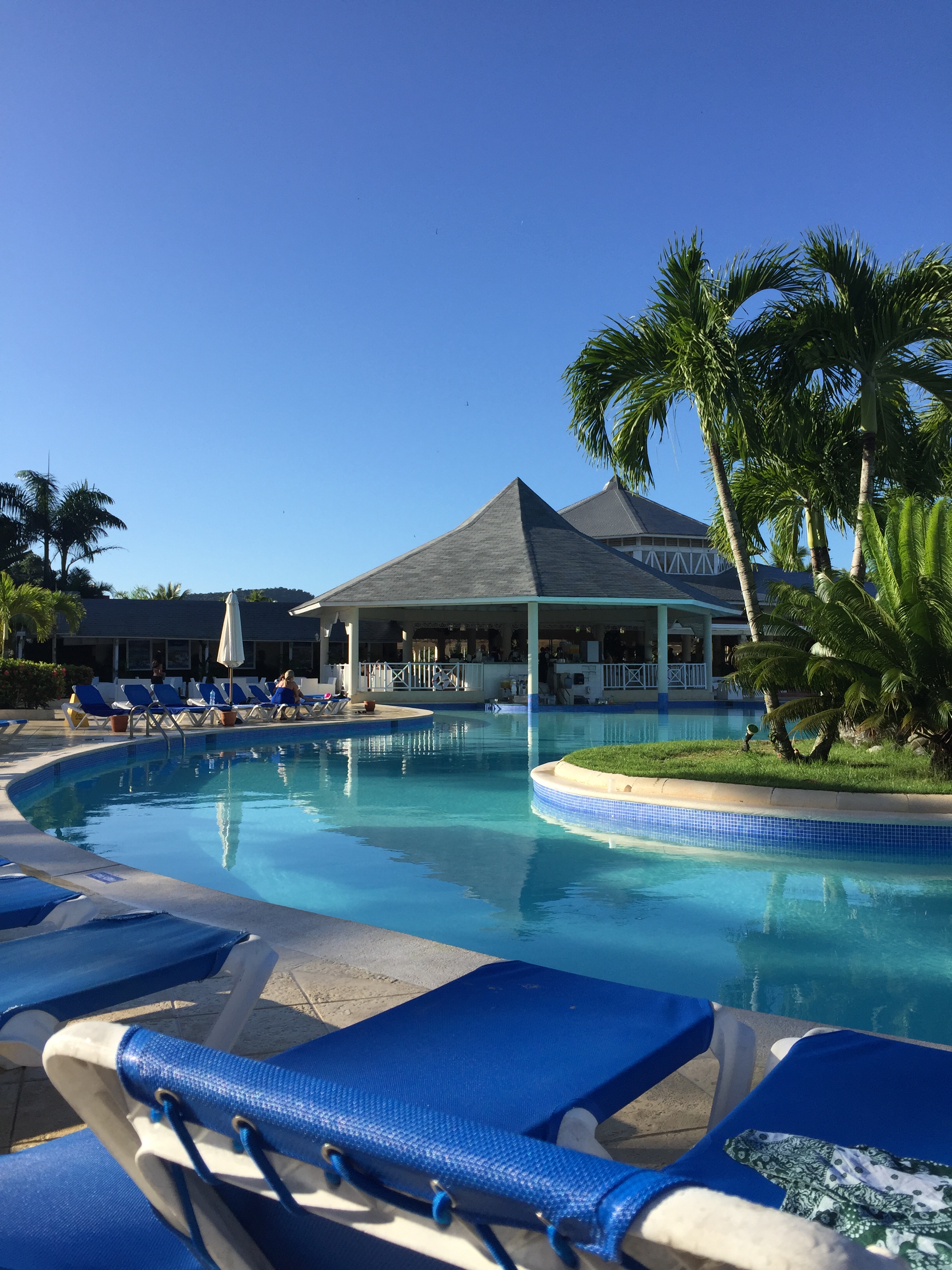 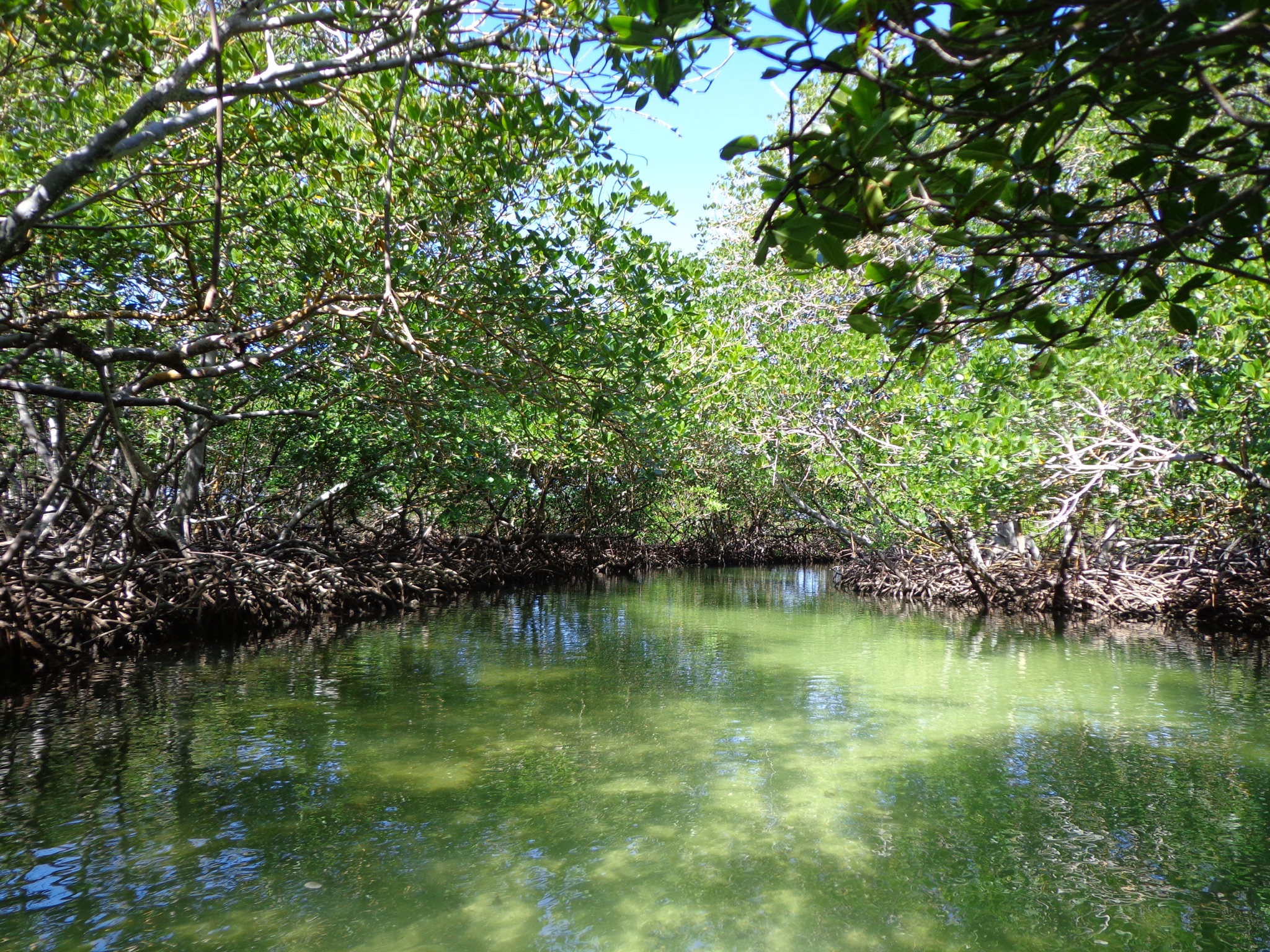 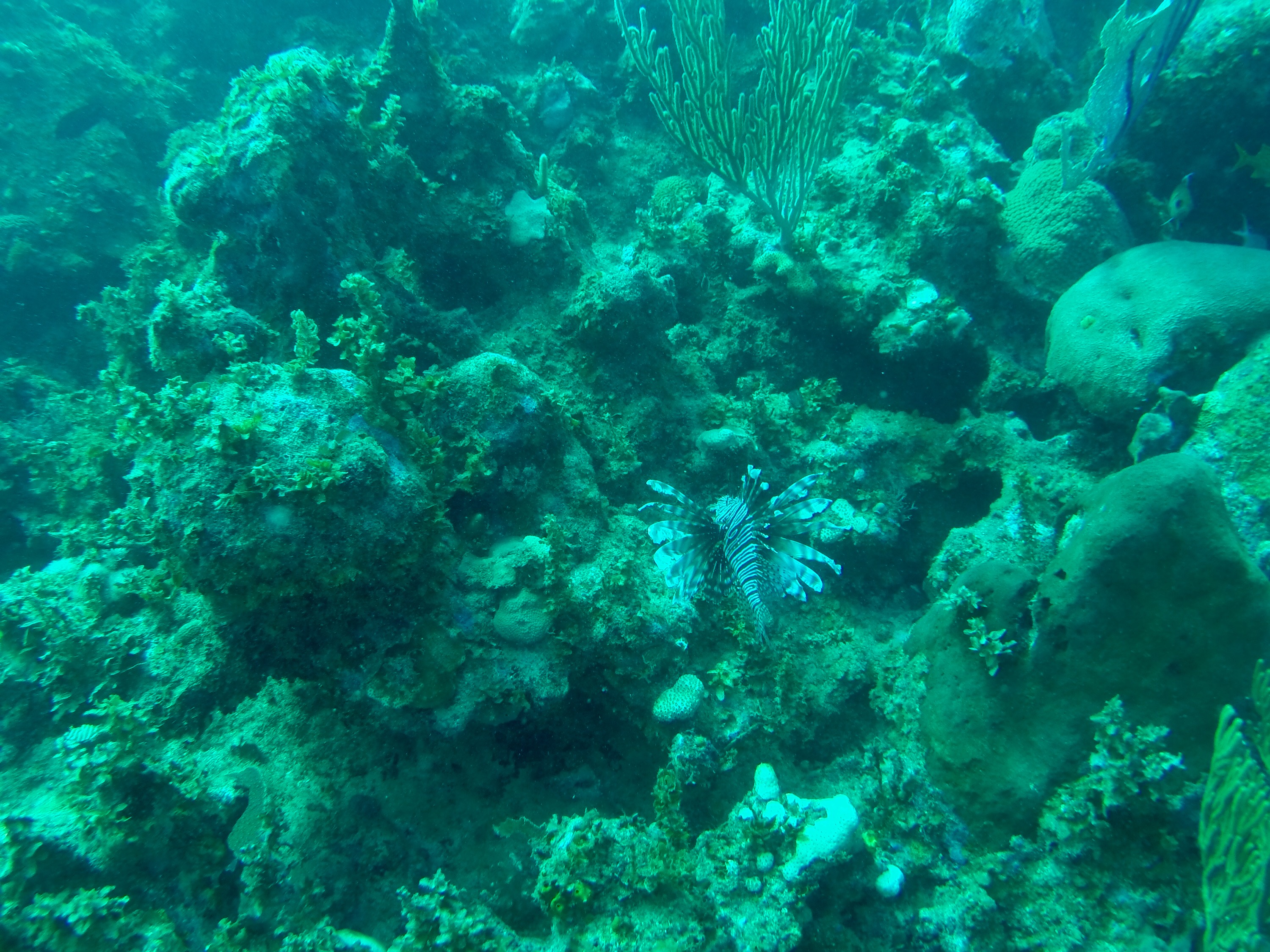 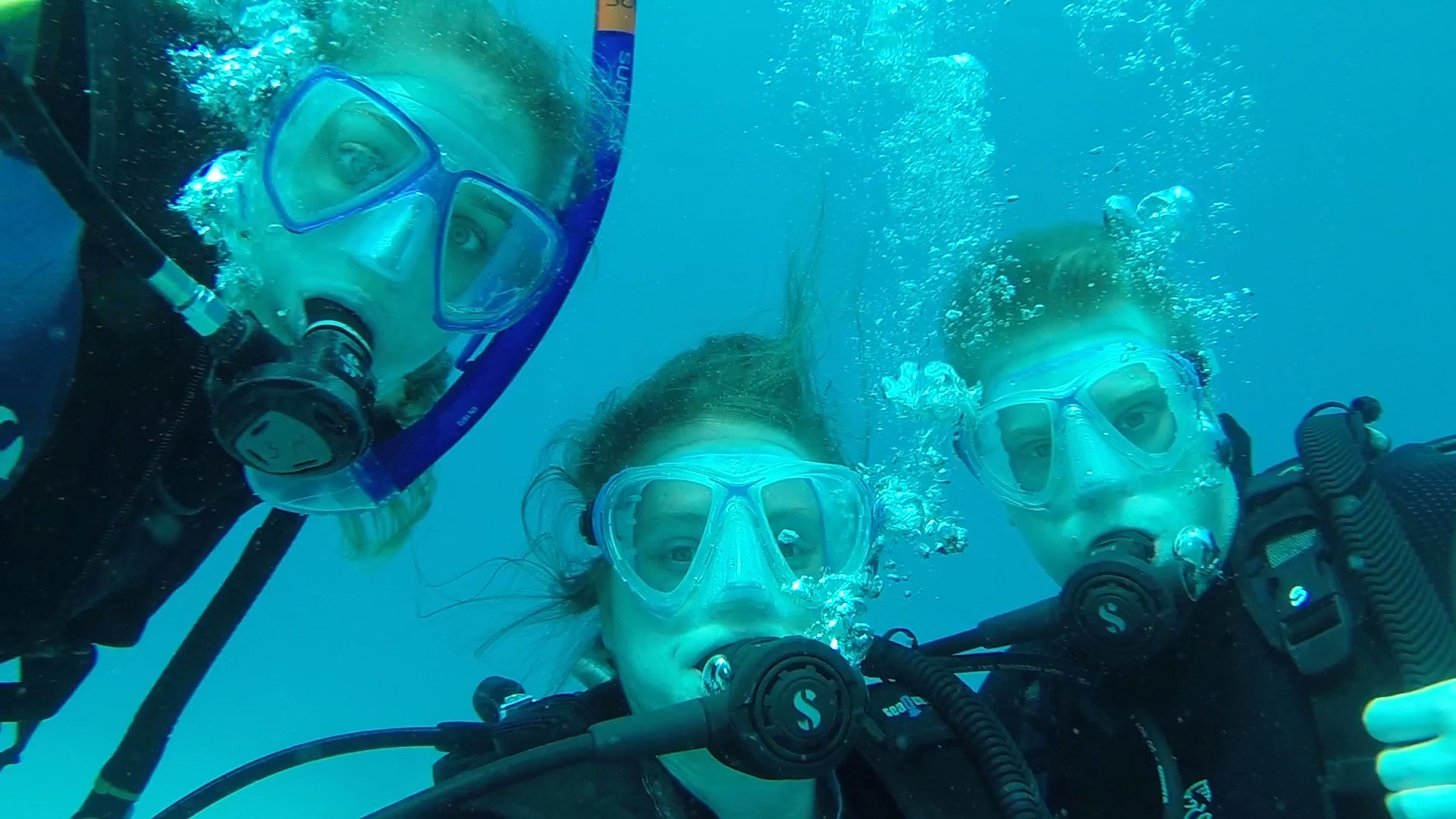 A Nomad at Heart

My name is Sara and this is my travel blog. It isn't being updated very regularly any more, but I'll show up from time to time with some more stories and pictures from my travels.

In the meantime: safe travels!

Couchsurfing - sleep on a couch for free or meet up with locals or fellow travelers on the road.

A nomad at heart
Blog at WordPress.com.